Inversion Tectonics in the French Alps

The petroleum potential of tectonically complex areas relates directly to the compatibility between the timing of the deformation (age of the traps), the burial history of the source rocks, the age of expulsion and migration of the hydrocarbons, and the availability of migration pathways between source areas (kitchen) and potential traps (Roure, et al., 1994).

Usually extensional structures relate to early rifting episodes and thus predate the compressive deformation episodes. The maximum burial of the source rocks can be reached during either the syn-rift tectonic subsidence or the post-rift subsidence of the margin, from the overthrusting of allochthonous tectonic units (tectonic overburial; Roure, et al., 1994).

The objective of this field course in the Western Alps is to analyse: 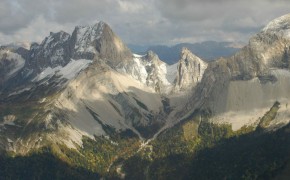