From Continental to Deep-sea setting on the Atlantic Margin

Outcrop exposures from the westernmost side of the Basque Trough display more- or-less in continuity the transition from shelf to basinal environments. This transition forms a fault-controlled shelf-break setting, with several secondary faults still well-preserved on the main footwall in the landward direction, and a series of normal faults along the palaeo-slope. In addition, a Triassic salt diapir inﬂuenced deep-water sedimentation at the platform margin, creating localized depocenters for turbiditic and other gravitational deposits. A series of erosional unconformities formed as a consequence of the salt movement.

The outcrops are depicting the development of two main types of sand-rich deposits in relationship with the structuration:

The objective of this field course in the Basque Country is to analyse:

from the Atlantic margin

The coastal exposures of the southern margin of the Bay of Biscay, Basque Country in both France and Spain, provide the opportunity to study the facies, the architecture and the sequence stratigraphy of a deep marine succession ranging in age from Albian to Early Eocene.

Facies types are ranging from fine-grained basin-plain deposits to coarse-grained channelized debris flow.  All the turbidite facies types are visible within their stratigraphic context in continuity from bottom upward.  The turbidite deposits can be well compared to those found on the Norwegian margin.  They are deposited as localized chaotic debris in an immature basin physiography during the Early Cretaceous as a consequence of the opening of the Bay of Biscay.  They became well organized forming a major deep-sea fan system during the Late Cretaceous, when the basin deepened as a consequence of the thermal passive margin subsidence.  They formed a major prograding slope fan complex during the Early Eocene, recording the onset of the Pyrenean compression.

The primary objective of the field trip is to provide a methodology for analyzing and predicting the architecture and the reservoir stacking pattern of a fan system in both unconfined and confined deep-marine environment.  The sequence stratigraphic framework of the turbidite deposits is set up, allowing to demonstrate the diachroneity of each individual sand package along dip and strike.  Large-scale comparisons are made with sub-surface sections from the North Sea and Vøring Basins. 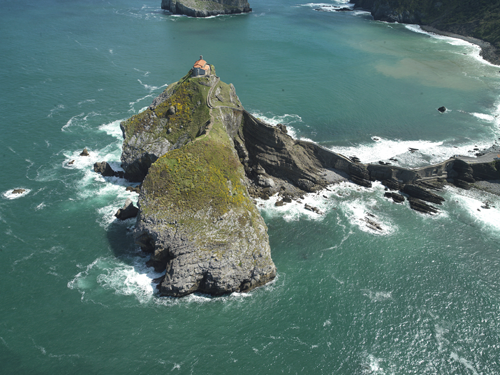